The Colony bicycle patrol unit started officially in June 1996. The officers use the bikes to patrol districts and work special events

Bicycle patrols are an effective way to patrol our residential and business communities. Bike officers can travel faster and farther than officers on foot and they are able to patrol areas that patrol cars can't reach.

Bicycles give officers the advantage of stealth, because they can silently ride right up to a crime before they are noticed. Since the bicycle officer is more approachable than one in a patrol car, this is a good example of the department's belief in community policing. 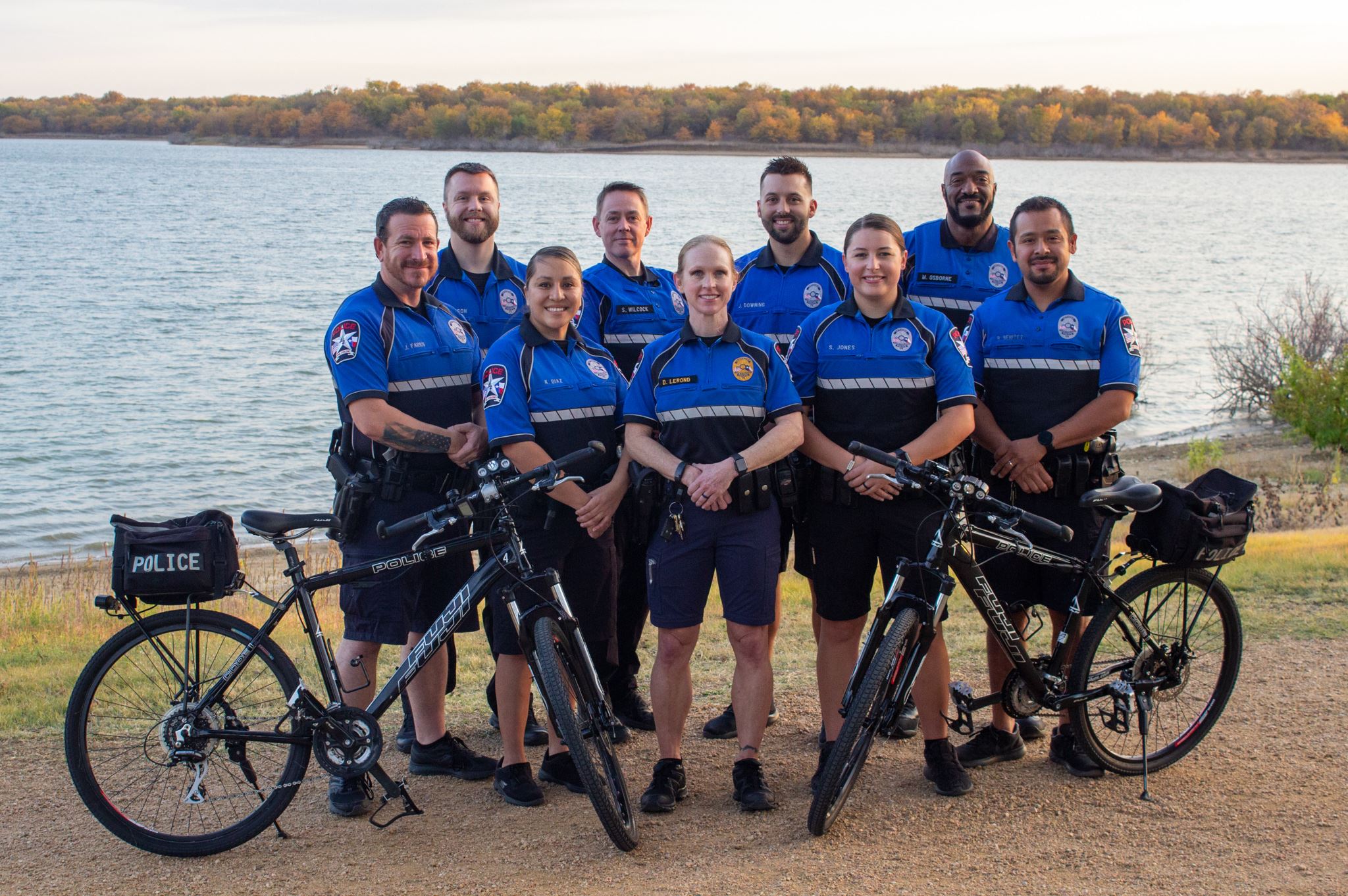