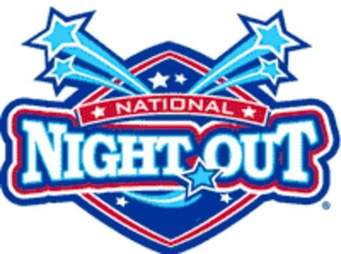 On Tuesday, August 4, 2020, neighborhoods throughout The Colony joined forces with thousands of communities nationwide for the “37th Annual National Night Out” crime and drug prevention event. National Night Out is sponsored by the National Association of Town Watch (NATW) and co-sponsored by The Colony Police Department. TCPD also hosted an Open House / Touch-A-Truck Event from 6 to 9 p.m. at its headquarters.

National Night Out was first established in 1984 by Matt Peskin of the National Association of Town Watch. The first National Night Outs were fairly simple. In most communities, it amounted largely to lights-on vigils and some basic information being delivered to the community. The event was quite popular, drawing out two and one half million participants in both Canada and the United States. Today, National Night Out draws in over 37 million people from communities across North America.

National Night Out is designed to:

National Night Out help strengthens neighborhood spirit and reinforces police-community partnerships to make our community a safer place to live and play.

Two elements are necessary for a crime to occur: The desire/ability of the offender to commit the crime and the opportunity for them to do so. Police efforts are primarily directed toward eliminating and minimizing the opportunity. This can only be successfully accomplished if we have the full support of the community. The most effective means available to police for crime prevention or successful apprehension of criminals is citizen information. We solve very few crimes without citizen help, either directly or indirectly. We cannot control crime in our city without the support of our community.